by Chelsea Barone
in Cybersecurity
Reading Time: 3 mins read
A A

The threats of malware and cyber attacks continue to run rampant throughout federal agency IT systems, and every day industry leaders are pushing towards the most effective ways to remedy these threats or even prevent them.

To gain a better understanding of the current state of the federal IT landscape and dive into existing and growing challenges, Cylance commissioned Enterprise Strategy Group (ESG) to conduct a survey of 300 IT and information security professionals representing large midmarket (500 to 999 employees, 12 percent) and enterprise-class (more than 1,000 employees, 88 percent) organizations in the United States, Japan, United Kingdom, France, and Germany.

According to Cylance’s report summary, “The goal was to gain insights into the aspects of the threat landscape that are top of mind and most impactful to endpoint security. Specific attention was given to understanding the pain points resulting from the successful compromise of an endpoint; the perception of machine learning/artificial intelligence (AI), its adoption dynamics, and its role in the future endpoint security plans; and ransomware incidents and remediation.”

Because Cylance specializes in applying machine learning and AI to cyber threat scenarios, having a strong grasp on the market’s perception of its value is important to them. The report revealed that this is a strategy to which IT decision makers are already receptive.

In fact, 47 percent of respondents indicated that their organization has already deployed machine learning technology for endpoint security either extensively or on a limited basis. Another 47 percent noted they are either planning or currently engaged in a project to deploy this technology.

Some other key findings from the report include: 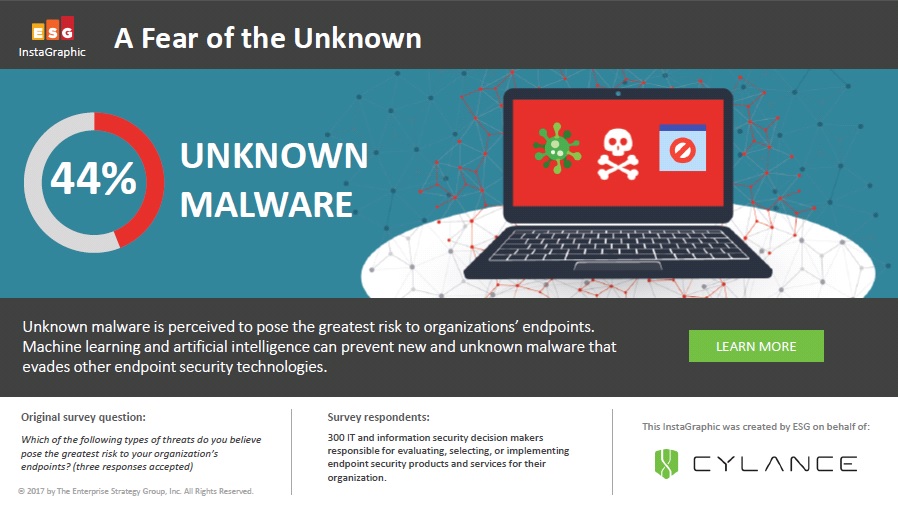 To learn more about the existing cyber threat landscape and what AI and machine learning can do to alleviate some of these threats, you can view the full report from Cylance here.

Identifying the Building Blocks for a Successful Zero Trust Journey

How AIOps and Observability Can Improve Network Resiliency During Natural Disasters