“Digital transformation” and “IT modernization” are not new terms in the government technology arena. Government entities, both at regional and federal levels, are spending significant amounts of time and money on adopting and implementing technologies that bring government operations and workflow management up to speed with the private sector. But marrying traditional government processes like forms and applications with today’s technology might seem complex. 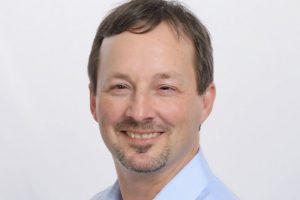 Troy Bare, VP of Sales for the Public Sector at ThinkSmart

FTI sat down with Troy Bare, VP of Sales for the Public Sector at ThinkSmart, and Carolyn Staats, Records Manager for Sonoma County, to talk about the government’s increasing need for workflow management automation, specifically with regards to form management, and how that technology is becoming more and more intuitive for constituents. Last month, ThinkSmart expanded their reach into the public sector with the launch of its SaaS-based Transaction Automation Platform (TAP) for Government, listing Sonoma County as one of the solution’s current users.

When asked about this expansion into the public sector, Bare noted that a couple societal trends have really driven government adoption of workflow management automation as well as how those automation solutions operate: the massive increase in mobility and the proliferation of e-signatures. Many government agency processes are still not mobile friendly and/or demand a “wet” signature, two things that are simply not realistic in today’s on-the-go working environment.

Other challenges that government entities are facing, according to Bare, include unrealistic processing deadlines that result in frustrated citizens, limited departmental process visibility for public sector executives, increasing retirement rates that leave teams running on fumes, and, of course, budgetary restrictions.

However, by adopting an automated form management system, process speed is greatly increased, the need for specialized software that isn’t found on everyday mobile devices is minimized, and constituents have more insight into the process and the status of their requests. Additionally, the (expensive) need to “rip and replace” is not nearly as dire if government offices are able to implement a technology that builds on and improves their existing legacy system.

Bare explained, “If we can take small, iterative steps to help them improve the process and improve the service to the constituent, which is what they’re in business to do, it can provide them with a much less risky proposition.”

Staats, who was hired to help the County of Sonoma go paperless, supported Bare’s explanation of challenges government agencies face, noting specifically that some organizations struggle to prioritize resources and time for modernizing processes and technology. She also mentioned the need for better, more comprehensive technological education among government employees that would correct misconceptions about cloud security and perhaps motivate them to adopt new technology more readily.

“The government has this perception that the cloud isn’t safe. And so cloud seems to be a little scary for them. Somehow they feel that if it’s their own data center, because they understand that location, that it’s safer,” said Staats.

Bare cited millennials as strong drivers for government’s technological adoption when he stated, “Millennials do not want to print off a paper form and fill it out with a pen. They’re forcing public sector organizations to start to address their needs in a way that they feel comfortable, like on a phone or on an iPad. I think that driver is going to be paramount to really making public sector entities accelerate the way they are [adopting this technology].”

“The government is [adopting these technologies], whether they like it or not…whether it’s kicking or screaming or embracing it or somewhere in between, the departments are already doing this,” stated Staats. All that said, tool simplicity as well as the speed at which the tool can be delivered to the team should be carefully considered when looking at program reception explained Staats.

Both Bare and Staats noted that workflow management automation programs like TAP would be similarly effective at both a state/local and a federal level, but the real test will be among departments and team members willing to assimilate and integrate these technologies into their working environments. Staats suggested a “pilot approach” when adopting a new automated system in order to familiarize team members across different departments and understand how the new technology is received.

The time for digital transformation and IT modernization is upon us, so it’s time to revamp dated process like form submissions and government applications and put constituency expectations and preferences higher on the priorities list.

Chelsea is an Editor for Government Technology Insider, specializing in IT modernization, infrastructure, and federal IT innovation. Her background lies in B2B and enterprise technology, specifically cloud computing, SaaS, travel IT, and mobile devices.

How Federal Agencies Can Use Translation & Interpretation to Streamline Communications

Getting to the Future First: Bringing Next-Generation IT...

Behind the Scenes of the IT Revolution for...

PODCAST: How aPaaS Solutions will Streamline Federal IT...

Is Innovation the Key to Improving Operations and...

Tips for Modernizing Federal IT: Making it a...

DevOps for the Federal CIO

Three Things to Spend Funds on this Federal...

Acquisition is at the Heart of IT Modernization