Local government officials face myriad challenges when driving innovation in their communities. From the expense of acquiring new technologies and the infrastructure to support it to managing constituent expectations, there are some clear obstacles to overcome. 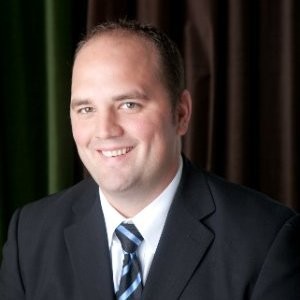 But in Fishers, Indiana, just outside of Indianapolis, Mayor Scott Fadness is meeting these challenges head on and building a community driven by innovation and entrepreneurship. “My vision for Fishers is to build a smart, vibrant, and resilient community that will thrive no matter what the future brings our way,” shared Mayor Fadness.

In order to achieve this vision, Fadness has developed a comprehensive plan that will drive transformation within his organization and in the community. “We started on this transformation journey by identifying our goals as a team and then looking at what we need to build and develop not only to meet the original goal, but to also lay the foundation for the future,” said Fadness.

The vision established by Fadness and his team was to become a data-driven city, which can grow into a thriving smart city, that is, one that uses “information and communication technologies to increase operational efficiency, share information with the public, and improve both the quality of government services and citizen welfare.” While many cities have already deployed the types of IoT sensors that are fundamental to being a smart city, Mayor Fadness explained that Fishers is “focusing on building a data-friendly environment first, and then embarking on building a smart city infrastructure so that the disruption delivers meaningful change to citizens in terms of better services and opportunities, rather than being seen as just change for change’s sake.”

Away from the his office and the city’s tech infrastructure, Mayor Fadness is focusing on building an entrepreneurial culture both to support Fishers’ economic development and to support his long-term vision. “To foster an entrepreneurial environment, we’ve built a 600 member incubator and co-working space — Launch Fishers — and an IoT Lab as well as recently hosting the first, of what I hope will be many, IoT Hackathons.

The hackathon was focused on public safety and developing smart tools for first responders. “The hackathon demonstrated the merits of the type of collaborative community we’re truly invested in building in Fishers,” said Mayor Fadness. “To see tools like the ‘Find Me’ button, an app that can direct paramedics to the best medical care facility based on patient need, condition, and real-time traffic analysis, created before your eyes is exactly why we embarked on this journey,” he concluded.

With these results from the hackathon and with over 22,000 jobs created in Fishers from home-grown companies and members of Launch Fishers, it looks like Mayor Fadness is well on the way to achieving his vision for a thriving city driven by innovation and entrepreneurship.

Cybersecurity Insights from RSA 2018: Cutting Through the Noise, Holding Back the Threats

As Complexity of Federal Government Grows, More Investment in Cyber is Necessary

Getting to the Future First: Bringing Next-Generation IT...

As Legacy IT is Sunset, Simplicity is Essential

Eight Questions for Agencies to Ask When Looking...

The Government of the Future is Already Here