Finding the Innovative: How to Identify Technology that Disrupts the Market Place Productively

by GTI Editors
in Digital Transformation
Reading Time: 10 mins read
A A

Nate Rushfinn, Enterprise Architect at CA, wrote this piece on evaluating innovative technology as an exclusive for Federal Technology Insider.  You can read more of his thoughts on innovation, disruptive technology and how it impacts federal government agencies over at Nate’s Blog.

Samos is an island in the eastern Aegean Sea, where Pythagoras is thought to have been born in 569 B.C. SAMOS© is also my acronym for Synchronous – Automatic – Modular – Organic —Simple. For thirty years it has been the guiding principle that helps me determine if a new technology is truly innovative and could disrupt the market place, or just a waste of my time. 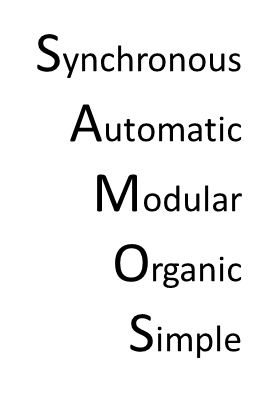 Modular – If I have to pick one, the most important element of SAMOS is modularity. When something is modular it is based on the idea that a larger system can be built from smaller units or modules. In good designs, modules are scalable and reusable. In the best designs, the function of any module can be described in object-oriented terms. But that’s the subject of another blog.

Many technologies today use modular designs. Office cubicles are modular, as they use smaller units to build larger systems. Computers by and large are NOT modular. Laptops and personal computers use several interchangeable parts, like power supplies, hard disks, memory chips, but the typical computer has over seventeen different parts. By and large they are NOT modular.

U.S. manufacturing was being hailed across the world, but the industrial revolution really failed to produce interchangeable parts. While sewing machine needle were ubiquitous, bobbins could still only be exchanged between specific models. It was the standardization of machine tools and dies, that allowed the US to finally produce interchangeable parts. It wasn’t until the assembly line that modular design began to fuel the amazing growth of the 20th century. In the industrial revolution things were still made by hand and not very modular.

All modular parts are interchangeable, but not all interchangeable parts are modular. Gun parts today are finally interchangeable. Yet the rest of the manufacturing world still hasn’t caught up. I still can’t put the lid from my peanut butter on to my jelly jar, and it’s an even sadder story that different versions of my software from the same vendor aren’t interchangeable.

When a product is both modular in design and fully interchangeable in function, we can say it achieves ‘technology transparency’ and is then inducted into the modular hall of fame. The Lego company produces what I consider the perfect example of modularity.

Lego bricks are modular units that can be assembled in countless ways, but more importantly their interlocking system allows them to be taken back apart. Danish mathematician Søren Eilers calculated that there were 915,103,765, different combinations that could be built just from the original six bricks.4It was in 1958 that Lego patented the ‘Automatic binding brick’, and yet today, modern Lego bricks are still compatible with those original bricks. This is modular design at its best.

Lego bricks embody the SAMOS principle of Modularity because as individual units they are insignificant, but together they allow you to create virtually anything.

Det bedste er ikke for godt is the Lego motto. It translates to mean, “The best is never too good.”

Automatic – This is another important aspect of SAMOS.

The original Automat was a self-service cafeteria in New York City. When automatic refers to a machine or device, we talk about it having controls that allow something to work or happen without being controlled by a person. We also say that if something is automatic, it has a self-regulating mechanism. Something automatic can be simple as a Lego. The Automatic Binding Brick automatically joins to another one by simply applying pressure. Similarly, an automatic window requires a human to push the button, but the window goes up automatically without the person having to wind or crank it up. When a car’s transmission changes gears in response to speed or load, we call it automatic.

In the best designs, scalable, reusable units (modules) are automatically assembled into larger units. Automatic is a key element of SAMOS when it is applied to good modular design. Otherwise, automation can just make bad processes go wrong faster. Remember what happened to Mickey Mouse as the Sorcerer’s Apprentice.

Organic – In chemistry organic usually refers to being made of carbon—humans are carbon-based life forms, as is most life on earth. In military terms, a unit or asset is organic when it is a permanent part of a larger unit. In good designs using the SAMOS principle, scalable and re-usable modules are automatically combined into larger systems. When the units scale as part of a larger system, the growth is said to be organic. The units are part of the whole, and the whole is made up of the parts. In the best designs, modules are also interchangeable with other systems, which further increases efficiency. In biology, epithelial cells form the surface layers of the skin and also line the digestive track.

Synchronous – In digital communications a common timing signal is established to achieve very high rates of data transfer. So when things are synchronous they are fast, very fast! Following the SAMOS principle, synchronous is another aspect of an entire system that functions coherently as a whole. In cloud computing we are generally talking about big data . . . and lots of it. For a computer system to scale-out efficiently, the modules must be synchronized. This speeds up both the operation and management of the system. Systems that are synchronized scale linearly and can move lots of data very fast.

Simple – Above all it must be SIMPLE! 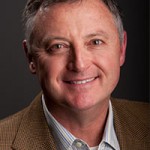 Why is simple so important? “Because the unpredictable happens,” explains Tom Kolditz of West Point.5 “No plan survives contact with the enemy. No amount of planning, no sophisticated algorithm, can prepare you for every circumstance.” The Army relies on something called the Commander’s Intent (CI). A commander knows that if he tries to spell out all the details of a plan it will fail. So instead he tries to convey his intent. CI is SIMPLE = core + compact.6 In SAMOS, the system must be simple. Technology must be able to execute the ‘intent’ of business. Like, “we’ve got more customers, we need more storage.” As we say in California, Get it? Got it? Good!”

One of the best examples of SAMOS in action is Isilon’s OneFS. Today most IT systems are scale-up. In the traditional scale-up model, when we need to add capacity to a system we add more components in layers in a complicated architecture. As systems get larger they get more complicated and often bog down.

Isilon managed to solve this problem with what they call ‘scale-out’, or horizontal scaling. In the One FS product, when demand increases, nodes are added automatically, giving the system higher performance.7 Because the units are perfectly synchronized, as the system grows it gets faster . . . not slower. Scale-out technology is a perfect example of the SAMOS principle.

In order to meet the ever increasing demand of mobile computing, cloud computing, and big data, we need to get smarter about the technology we choose to implement. With the rapid pace of innovation and the consumerization of IT, it can be difficult to keep up with all the latest trends and technology. But government decision makers can use the same principle that has guided me for over thirty years in technology . . . the SAMOS principle.

Whenever I encounter a new technology, I ask myself: Is the technology synchronous? Does it work automatically? Most importantly does it use modular design? Do the units scale? Are they reusable? Do they have object-oriented descriptions? And when they grow, do the modules or units become a permanent part of a larger whole—does the system grow organically?

Remember, it’s not about the technology; it’s always about the business. So the question you want to ask yourself: does this technology make the operation of my business easier—is it SIMPLE?

6.Heath, Chip and Heath, Dan 2007, Made to Stick: Why Some Ideas Survive and Others Die, New York: Random House