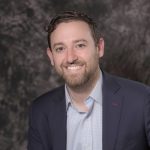 The federal government is often under fire for how services are delivered to citizens.  From stories of hours-long wait times on the phone or in-person, to the herculean efforts required to coordinate across agencies, to the lack of mobile-compatible Web-based services, there’s a lengthy list of complaints.  Despite this history, Appian’s Jason Adolf is confident that technology is about to change how government services are delivered, and that the result will be greatly improved citizen satisfaction.

Jason sat down with Ryan Schradin, host of the FTI podcast, to talk about how IT is beginning to enable self-service government.  Specifically, their conversation looks at what infrastructure government agencies would need in place to offer such services, the costs, benefits, risks, and rewards of such an offering, and some of the agencies – including the Department of Veterans Affairs – who are pioneering self service access.

While we’re not quite at the point where you can ask Google or Amazon’s Alexa to prepare your taxes, it might not be such a far fetched idea.  You can listen to Jason and Ryan’s conversation on the possibilities that self-service government will bring for agencies and for citizens.

PODCAST: Getting a Head Start on IT Modernization using Platform as a Service

Federal News Round Up: Fed IT Reform Bill...

What’s Your Best Solution for Data Backup in...

How to Use IT to Spur Innovation and...