Building the Government of the Future: Best Practices to Drive IT Modernization

by Robert Hahn
in Digital Transformation
Reading Time: 7 mins read
A A

With increasing frequency, conversations about building the government of the future are turning from theory to practice.  Last month, the Department of Veterans Affairs’ acting  CIO, Rob Thomas, has indicated that major changes – from moving Vist-A to the cloud, modernizing COBOL systems, and getting out of the software development business altogether – is more than just a priority, it’s part of an action plan.  With a decision expected from VA Secretary, David Shulkin, on the Vist-A solution in July, Thomas confirmed in a recent interview with FedScoop that the agency is “going to be able to get on with those [changes] instead of talking about organizational changes and procedure changes.”

What has made the difference for the Department of Veterans Affairs in going from talking about the need for IT modernization to, in short order, being ready to issue requests for proposals with an execution plan that’s measured in months and not years?  While Thomas attributed the impetus for change to Secretary Shulkin’s eschewal of bureaucracy, it’s not likely that this is the only factor in instigating a major IT overhaul.

While there’s no doubt that the visibility of the VA’s legacy IT woes not only because of the age of their COBOL systems, but also because of how underserved America’s Veterans air by the agency, is having an impact on the new Secretary and his drive to action.  However without additional changes in process within the agency, it’s highly likely that despite universal agreement and enthusiasm for IT modernization, nothing would get done.  Not to mention the perennial question of how exactly large-scale IT modernization projects are going to be funded when the budget in front of Congress calls for significant cuts across nearly all agencies.

Earlier in my career I had the opportunity to serve as part of the Army’s long-term modernization effort, the Army After Next Project, which was focused on creating the Army the country would need 20 years in the future.  Later as  a Corporate Futurist for a Fortune 500 company, I was tasked with helping business units and the R&D group think about meeting emerging customer needs several generations past the current product roadmaps.  In both cases, the most important driver of transformational success was, indeed, a fundamental willingness to change mindsets, to step away from existing tools and processes, and start thinking anew.  In continuing to do things the way they’ve always been done, whether it be tactics, or product lines or utilization of legacy IT systems, we unnecessarily bound our own futures and quickly find ourselves doomed to repeat the same mistakes. This is the scenario in which many government CIOs currently find themselves. In both organizational scenarios where transformational change was successful, our fundamental shift in thinking came when we allowed ourselves to start a particular project by documenting what defined a successful long-term outcome.  Then we stood on the mountain and looked back.  By reverse engineered our steps to the end goal, we could leap ahead of where we were and leave behind the limitations our current structure placed on us. 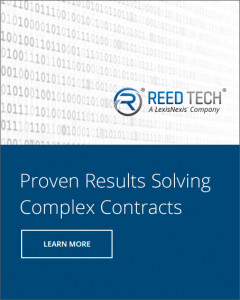 Believing in a different outcome is only the first step in the process.  It was what we did next, though, that was the decisive step in moving from vision to plan to program.  The major obstacle to transformational change is often, of course, budget.  Government CIOs everywhere are continuously asking themselves the same question.  How do you stop feeding the legacy system monster and start moving the 80 percent of budget that goes to system maintenance over to a pool of funds for capital expenditures and new services?

To accomplish this it is necessary to invest time after defining the desired project outcome in a thorough budget analysis.  Obviously the point of the exercise is to find areas where spending can be cut to redirect funds, but it’s not as easy as simply cutting across the board and hoping that nothing in your existing IT infrastructure breaks in the meantime.  Instead, what you’re looking for are areas of duplication and redundancy, as well as areas where you can invest fewer budget dollars to sustain a legacy system. The goal is to identify those systems I won’t need in the future and find, no make, a way to leave them behind today.

Regardless of whether Congress continues to make progress on Modernizing Government Technology Act (MGTA), agencies can still move forward if they think outside the box.  Instead of waiting for funding, federal CIOs need to embrace the role of change agent and build a business case within the agency to tap into internal funds.  They need to ask questions of agency stakeholders about how legacy systems impact each of their organization’s ability to deliver the mission.  And if the answer is that they’re not sure, leave it behind.

Still, even after all this planning and collaboration, it’s unlikely that there’ll be sufficient funds to simply rip and replace and build the ideal new system.  But are ideal systems in this era of rapid tech development necessarily enterprise-level architectures?  With an IT refresh cycle averaging around 18 months – which is about how long it takes to get funding and run through a federal acquisition cycle – more disruptive thinking seems to be in order.

There’s an abundance of plug-and-play tools available in our current era of agile devops.  There are cloud-based application tools and micro-services which enable rapid development without breaking the budget.  In thinking small an agency IT team can avoid an IT investment from becoming obsolete before the procurement process is even complete and, moreover, disrupt the type of development and acquisition cycles that created the burden of legacy to begin with.

It’s daunting to change the way things have always been done and embrace radical thinking.  But in the case of the burden that legacy systems are placing on federal agencies, where the way things have always been done is so obviously placing an untenable burden on mission success, it’s definitely time to be bold.  However, if you ground your radical thinking in data, apply that information to current situations, and collaborate, success is well within reach.

Robert F. Hahn II, Ph.D. is President of Government Solutions at Reed Tech. Prior to joining Reed Tech, Dr. Hahn worked at Serco Inc., Pitney Bowes Inc. and served 21 years as an infantry officer in the U.S. Army. He’ll be writing a monthly column for FTI focusing on the challenges and possibilities that federal agencies face as they embark on citizen-centric IT modernization projects. Next month he’ll be sharing his best practices for modernization with us. Why not sign up so you never miss Dr. Hahn’s insights!