U.S. Department of Justice, CIO, Joe Klimavicz is one of the most experienced and well respected CIOs in the federal government.  Following a seven year tenure at the National Oceanic and Atmospheric Administration, Klimavicz joined the Department of Justice (DOJ) in the summer of 2014.  James Yeager, Director of Federal Civilian and Systems Integrators at Tanium, commented during a recent interview that “Klimavicz has a reputation for driving major accomplishments.”  Yeager noted that “while at NOAA Klimavicz oversaw the consolidation of 19 email systems, developed a big data partnership model, expanded the agency’s mobile strategy to include Android and iPhone devices, and launched the strategic sourcing vehicle NOAALink.”

Klimavicz’s accomplishments at NOAA and the strides he continues to take in DOJ is why we’ve chosen Joe Klimavicz as one of FTI’s 5 CIOs to watch in 2016. Keep reading below to see why Joe Klimavicz and DOJ should be on your radar: 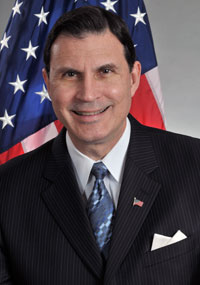 Reasons to Pay Attention to Klimavicz:

Under Klimavicz’s guidance the agency hopes to close and/or consolidate all but three of their primary data centers by the year 2019. So far the agency has been able to close roughly 60% of their data centers, approximately 67 of 110. A recent closure in Dallas took 15 months to complete and will save DOJ an estimated $2 million a year.

As well as saving the Department of Justice millions of dollars, Yeager noted that this move also improves the department’s cyber security posture. “By having fewer data centers, there are fewer points of vulnerability, and fewer surfaces for cybercriminals to attack,” he said.   Yeager continued “with their attack surface now reduced, the agency can free up resources to provide a higher standard of protection to information repositories and networks.”

Focus on Back-Up and Recovery and Shared Services:

Data center consolidation is not the only focus for Klimavicz. Back-up and recovery remain pain points for government agencies as more and more adopt virtual environments. And, the same goes for DOJ.

Klimavicz shared, “restore point objectives and recovery time objectives are critical for our mission-essential systems. These objectives require discipline and purposeful use of application and data architectures.”

In addition to his focus on back-up and recovery, Klimavicz has also devoted a great deal of time and effort to increasing agency use of shared services. Klimavicz said after joining DOJ, “I believe shared services should be the de facto way to deliver IT, and the service broker model makes it easier to implement these services.”

When discussing the services already in play at DOJ, Klimavicz explained that at first DOJ will “target infrastructure services, like security, data centers, storage, email, and telecommunications…the next tier is addressing business enterprise services like desktop, voice and collaboration.”

Interested in learning more about how to protect endpoints from today’s threats?  You can download a guide to successful strategies to combat today’s threats here.

With Next FITARA Scorecard Looming, Agencies Look for Strategic Advantages

A CISO’s Take: It’s Time to Focus on People-Centric Security

How Digital Transformation Is Changing the Role of a Government CIO