by Nate Rushfinn Crocker
in Cybersecurity
Reading Time: 6min read
A A

For decades, the computer industry has been obsessed with the “next big thing.” Dan Bricklin’s VisiCalc was the first “killer app” immediately followed by Mitch Kapoor’s Lotus 123. In 2017, I believe we will see several late bloomers hit their stride. The big news of 2017 will not be a new technology, but rather a convergence of existing technologies, where the sum is greater than the whole.

Changing of the Guard

For a decade Amazon has ruled the cloud as the number one provider of IaaS and holding the lion’s share of the market place. All that is about to change.

Microsoft is the king of the long game. Microsoft DOS, MS Windows, MS Word and MS SQL, and MS Project all started out life at the bottom of the barrel. Version 1 is always feature poor and often the butt of many jokes. Version 2 adds more functionality but is still not competitive. Version 3 picks up steam. It has real functionality and gains widespread acceptance, but is still considered a toy. Version 4 is a real product, fully functional and gains critical acclaim—it’s taken seriously as worthy competitor. This is the danger zone for competition. Think of that scene in The Matrix, when Agent Smith advises the police officer: “No, Lieutenant, your men are already dead.” When version 5 is released, companies go out of business—remember Novell, Sybase and Word Perfect?

Today Microsoft’s fifth generation data center is a marvel of engineering. They have redefined how a data center works. They have even created their own servers setting a new standard in data center efficiency or PUE.

Prediction: Microsoft will displace Amazon as the cloud leader. Oracle plays the long game. With 2% market share, they will double that every 18 months, moving into second place right behind Microsoft.

For over a decade the hypervisor has been the foundation of cloud computing. But hypervisors have an Achilles heel—the “noisy neighbor” problem. After a decade-long rule of the hypervisor, bare metal cloud is making a comeback.

NIST defines five essential characteristics of cloud (SP 800-145). Nowhere do they explicitly state the need for virtualization. However, hypervisors have ruled supreme in cloud computing (VMware/XEN/Hyper-V). They are a convenient way to deploy multiple machines on a single box, lowering cost, and radically decreasing the time to deploy a new machine. Virtualization became synonymous with cloud. But it was not always that way. In the 1990s, BladeWorks in cooperation with VentureCom and 3Com used PXe to quickly provision servers, deploying images in under a minute. But Cisco, Intel and others didn’t believe the world was ready for diskless servers in the cloud. Now Oracle believes it is time and is building entire data centers built on bare-metal cloud, delivering higher performance, solving the noisy neighbor problem and moving them up in ranks out of the fray.

Prediction: Bare metal cloud will become the new standard for enterprise cloud, while the hypervisor will remain in vogue for years, but relegated to web hosting.

Do Androids Dream of Electric Sheep? 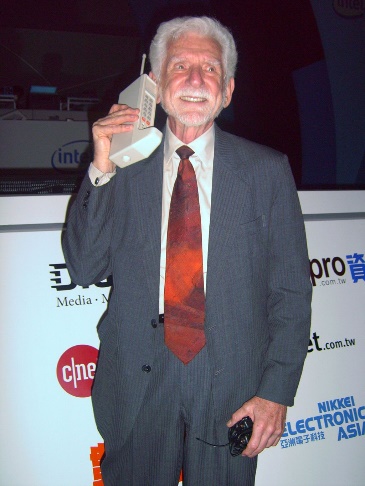 The best ideas are often ahead of their time. The first “gas battery” was invented in 1839 and renamed the “fuel cell” in 1889. While GM experimented with car prototypes in the 1970s, it wasn’t until 2003 that Japan began leasing fuel cell cars in California. The first commercial cell phone was demonstrated by Martin Cooper in 1973. It was big, bulky and expensive, but it worked.

Machine learning is considered a subset of artificial intelligence. Artificial intelligence (AI) has been around a long time. Marvin Minsky coined the term AI at a conference at Dartmouth College in 1956, and went on to start the MIT AI lab. In 1958 there just wasn’t enough compute power to drive AI, but today there is. While true AI is still in our future, machine learning is exploding and will become even more successful.

Prediction: In 2017 we will see the widespread application of machine learning. Driverless cars are being tested in Singapore by taxi companies. UBER is betting big on driverless cars. Expect to European cities to go driverless in their core, increasing safety by eliminating bad drivers.

Malware has been the bane of our existence since attackers stepped up their game in 1999 using sophisticated software to gain control of PCs. The I Love You Virus marked the shift from simple infection to active attacks.

Today, signature based systems simply aren’t effective to identify sophisticated malware and zero-day threats. Machine learning will transform security by teaching machines to recognize malware. Rather than sample a fraction of traffic, new scanners can perform full scans of incoming traffic in real-time. Security companies using machine learning have taught programs to “recognize” malware by essential characteristics in the code, not signatures which rapidly change.

Every year, analysts love to tout the next new technology and list the hottest trends. One year it’s cloud, next it’s mobile, then big data—and security is always in vogue. But what will be new in 2017 is the confluence of multiple existing technologies.

Today, Philips is using wearable devices to track COPD patients’ vital signs and location, which are sent via cell phone to the cloud, where big data analytics monitor trends. UPS, FedEx and Netflix are all leveraging confluence. In Norway, a ship pulls up to port, and an hour later herring is shipped off in boxes to the US—all thanks to a confluence of IoT, GIS, big data, and cloud.

Prediction: A confluence of four major streams of technology will converge into a new paradigm of computing. Cloud Computing, Geospatial, Mobile and Big Data will become one big stream of technology forever changing computing.