But there were other milestones, as well. The Office of Management and Budget designated four departments to offer financial shared services to agencies. FedRAMP gave its certification to cloud providers interested in providing services. Agencies continued to work through the practical and policy issues surrounding mobility, particularly BYOD.

Here’s a recap of some of the CIOs who worked so hard to bring these changes about. 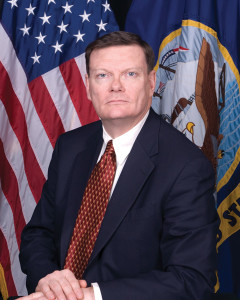 It was an eventful year for the Pentagon. Halvorsen started 2014 as the Navy CIO, and finishes as the acting CIO for all of DoD. The Joint Information Environment – which, as he stressed at FedTalks last month, is “a concept, not a thing” – made significant strides toward improving the cybersecurity posture for all the military with its implementation of Joint Regional Security Stacks (JRSS), which will provide a standardized architecture for cybersecurity and funnel all Internet traffic through one of five regional centers set up across the globe. 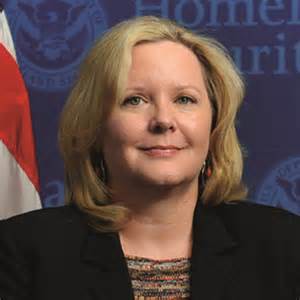 DHS established one of its most far-reaching cybersecurity programs in 2014 with the launch of Phase One of its Continuous Diagnostics and Mitigation (CDM) blanket purchase agreement.

The future of cybersecurity depends on the ability of network administrators to keep up with the thousands of security alerts big networks generate on an hourly basis, and to be able to distinguish truly important events from minor problems, ideally in as close to real time as possible. The

collection of tools available to federal, state, local, and tribal governments in Phase One is roughly aligned with the SANS Top 20 Critical Security Controls, which address approximately 80% of cyberthreats.

The next step DHS plans is to release a dashboard that takes threat intelligence from numerous federal agencies and combines them, providing a place where security professionals can see at a glance what the most common or recurring threats are and be prepared to prevent, identify, or remediate them.

The National Institute of Standards and Technology (NIST) is part of the Commerce Department, and opened the year with a bang, issuing its Critical Infrastructure Cybersecurity Framework in February. Between the NIST framework and the Department of Homeland Security’s Continuous Diagnostics and Mitigation BPA, the federal government as a whole paid a lot of attention to cybersecurity issues in 2014.

Cooper, who had retired from government service after serving as CIO at the FAA and DHS’ first CIO, said in a September interview that one of his first tasks would be to get the 12 component agencies – including everything from NIST to the Census Bureau to NOAA, each with very distinct responsibilities and tech needs – to seek ways to collaborate, despite their disparate missions.

Meet Advana: How the Department of Defense Solved its Data Interoperability Challenges

Cyberattacks Against Critical Infrastructure: How Vulnerable is the United States?